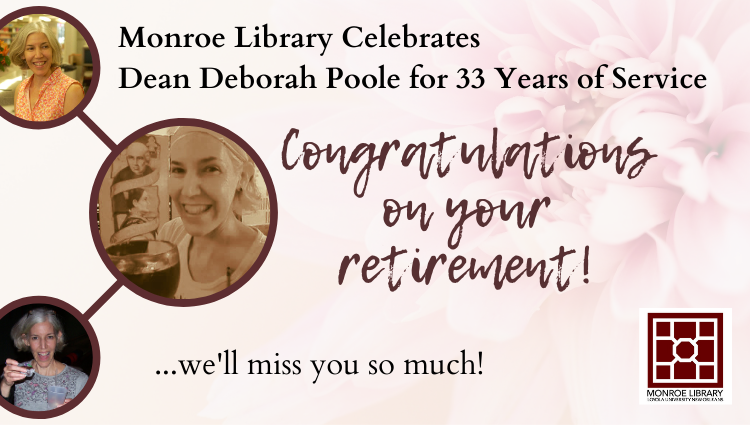 The year was 1988. Postage stamps cost 24 cents, gas was 98 cents a gallon, and the average desktop cost around $800. The first major virus ever -- a worm -- had infected computers over the internet and the concept of the World Wide Web was being discussed by information scientists at CERN. People were listening to Guns 'n' Roses, George Michael, and Salt 'n' Pepa on vinyl records, cassette tapes, and compact discs. Beetlejuice and Rain Man were among the year's most popular movies, and Phantom of the Opera opened on Broadway.

It was also the first year that Monroe Library's dean, Deborah Poole, started working at Loyola. She would go from being the government documents librarian to working in public services, creating a friendly, welcoming, and supportive environment for an entire generation of Loyola students. Moving from the old library to the current building that is Monroe Library in 1999, Deborah took charge of public services, ensuring that students and faculty had easy access to resources and quality guidance through consultations, among many other things. She was a key part of the team that won the American Library Association's coveted award in library innovation for its forward-thinking Learning Commons area. After Katrina, she helped rebuild not just a collection and a building but also a community. And in the last decade she's steered the library through some tough times along with the rest of the university. Her compassion, forbearance, and experience have been constants that helped us weather difficult times. And as we look eagerly toward the end of those difficult times, we bid her a fond, if bittersweet, farewell.

We wish her the best of luck for continued adventure and growth as she enjoys a well-deserved retirement. We're going to miss you, Deb! The words of Interim Dean Laurie Phillips express it best:

I have been honored to have Deb as a colleague and friend for 31 years! I value her sage mentorship and cherish her friendship. We have laughed and cried and shared so much. We have locked ourselves in her office and written reports and articles until we were delirious...I will miss her tremendously but I know that we will stay friends and kitty mama compatriots! 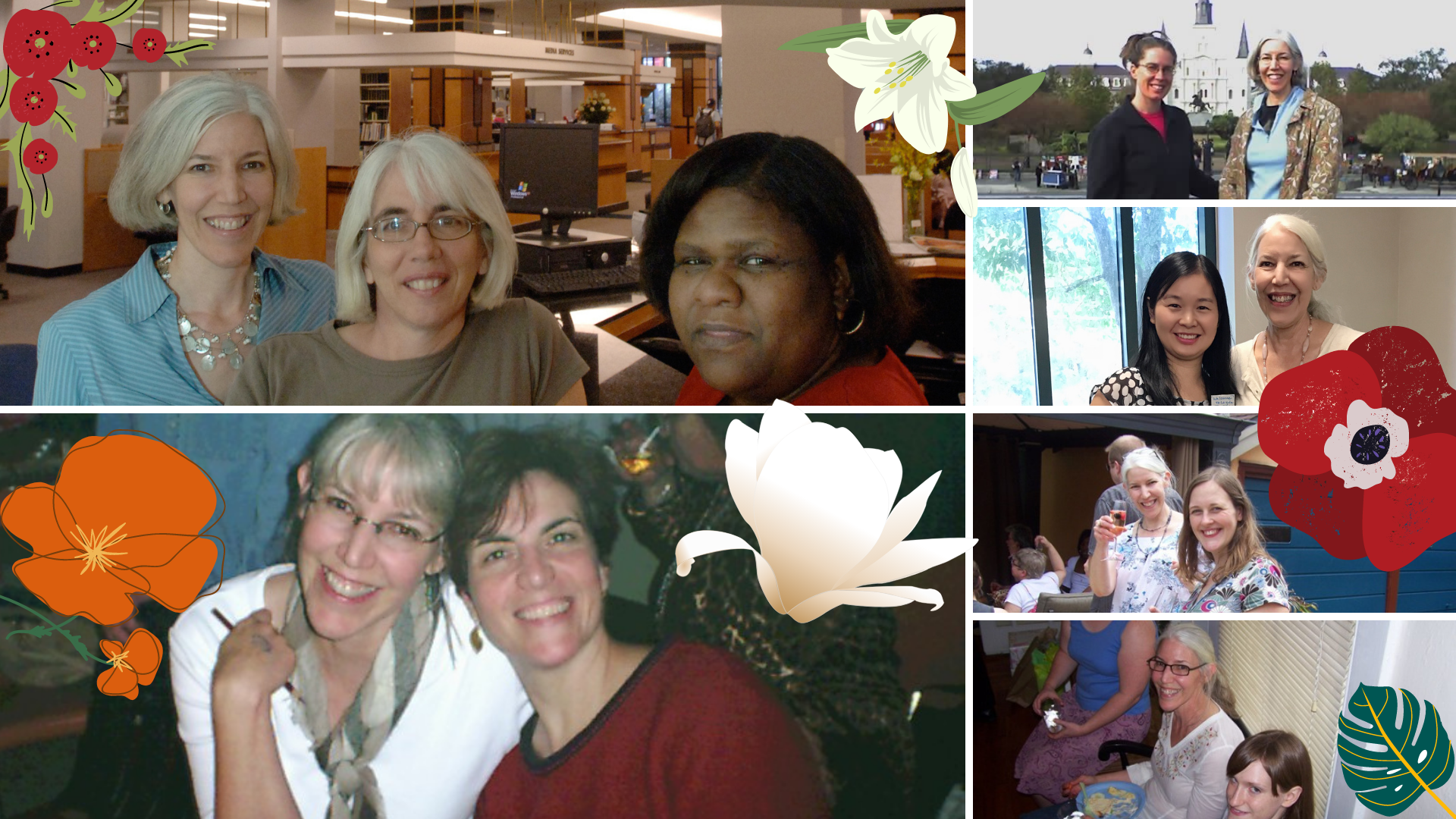